2020 has been a roller coaster from the highs early in the year to the lows of the Covid-19 pandemic.  Neoclassical economists would argue those early highs were a spectacular success and that we need to get right back on that horse as soon as possible.  Brian Czech would argue differently.  Dr. Czech is the Executive Director of the Center for the Advancement of the Steady State Economy (CASSE), and MAREA’s featured speaker on May 26.

Czech’s talk will provide an overview of steady-state economics, which Czech calls the “macroeconomic arm of ecological economics.” However, Czech will quickly hone in on two of the most controversial topics in ecological economics today: the sustainability of GDP growth and the prospects for avoiding limits to growth with technological progress.

Applying principles of ecology to the human economy, Czech will argue that GDP has become an outstanding indicator of one thing above all others; namely, environmental impact. Next, with a systematic analysis of the origins and process of research and development (R&D), Czech will defuse the notion that technological progress can reconcile the conflict between economic growth and environmental protection. Czech will conclude with proposals for consumer reform, economic policy, and international diplomacy.

Czech will also share information about a new book, Best of The Daly News: Selected Essays from the Leading Blog in Steady State Economics, 2010-2018. Hot off the Steady State Press—CASSE’s new book publishing imprint—Best of The Daly News is a collection of classics from the CASSE blog. Edited by Czech, the book includes essays by Herman Daly, Brent Blackwelder, Rob Dietz, and several others. 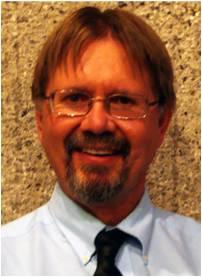 Speaker Bio: Brian Czech is the founding president of CASSE (2003), and signed on as Executive Director in 2018. Czech served as the first conservation biologist in the history of the U.S. Fish and Wildlife Service from 1999-2017, and concurrently as a visiting professor of natural resource economics in Virginia Tech’s National Capitol Region. He is the author of several books including Supply Shock, Shoveling Fuel for a Runaway Train, and The Endangered Species Act: History, Conservation Biology, and Public Policy , as well as over 50 academic journal articles. His primary contributions to ecological economics pertain to the “trophic” origins of money, the process of technological progress, and the political “ steady state revolution.” Czech is a frequent speaker, moderator, commentator, and regular contributor to the Steady State Herald . He has a B.S. from the University of Wisconsin, an M.S. from the University of Washington, and a Ph.D. from the University of Arizona.